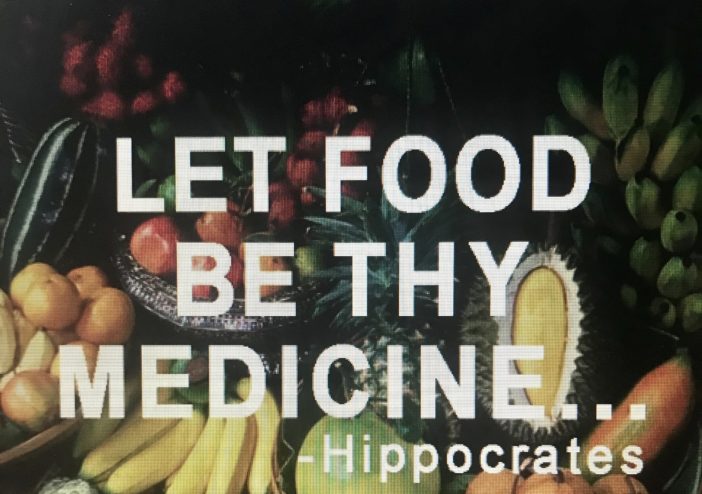 How many times have we heard to eat greens, drink lots of water, get plenty of sleep, and cut out sugar? What about participating in high intensity exercise, hot yoga, or meditation? I mean, we all know that a healthy regimen leads to a healthy mind, body, and soul, right?

Do you ever ask yourself, “What’s keeping me from staying on a consistent track with health and wellness?” Do you feel that it’s just too much work, or you simply don’t want to be told what to eat? Maybe you’ve been eating that down-home Southern cookin’ since you were born, and darn it, it tastes good, and you ain't changing for nobody! Oh, I hear ya!

There are over 100 dietary plans floating out there on the Internet for you to choose from. It’s crazy, right? It can be so overwhelming to decide which diet to follow. Maybe you’ve tried a few plans and haven’t seen quick results, so you’ve lost the drive to consistently stay on track. Or maybe you just don’t feel like exercising, or you absolutely don’t have the time. You may even give up altogether and never look back. You want to see the change, but making a move is another story. And just to let y’all know… this is not about weight. I’m talking about optimizing health for your body and brain to prevent or reverse chronic disease.

For many years I’d been the “food police” for my body, but it was in an unhealthy way. I struggled with issues of keeping my bootay in the same size jeans for way too many years. Yep, thanks to my long-time friend, OCD (Obsessive Compulsive Disorder). I was part of the fashion world for roughly eight years, and it was imperative that I fit in a size 2, standing at 5 feet, 9 inches tall. Now, you’re probably thinking how ridiculous! I know. It’s nothing I’m proud of, but that was the industry. You only got paid to walk down a runway in designer clothes if you were thin enough. Yep, borderline anorexic. During that time, the furthest thing from my mind was optimizing my health. I wasn’t thinking of what I should do so that I could experience a long, healthy life with my husband, kids, and grandkids. But today, I do. When you experience life long enough, you look at things differently.

You know, I’ve seen first hand what chronic disease has done to my momma and many of my friends over the years, and it’s been a big eye-opener for me personally. When we eat the wrong foods, get little sleep, and never exercise, we deprive our bodies and minds of nutrients, rest, and our God-given potential. Oh, and let’s not forget the endless list of meds that are prescribed because yep, it’s easier than eating greens and exercising. I get that, but we need to stop making excuses.

Y’all, this is not a lecture. I sincerely care about people and their health, because as Americans (and especially those of us who live in the South), I think we can do much better than the direction we’re headed. The chronic disease epidemic here in the U.S. will only get worse before it gets better.

- A 2017 report from the Centers for Disease Control found that nearly 1 in 3 have either pre diabetes or diabetes (CDC 2017b).

- Approximately 1 in 6 have an autoimmune disease (AARDA).

- More than 5 million Americans are living with Alzheimer’s today, but that number is expected to more than triple by 2050. Alzheimer’s kills more people than prostate and breast cancer combined, but it doesn’t just affect the people who are diagnosed.

- 35 percent of caregivers for people with Alzheimer’s or dementia report that their health has gotten worse due to their responsibilities (Alzheimer’s Association 2017).

- 1 in 45 children now have autism spectrum disorder, up from just one in 500 in 1999 (Zablotsky et al. 2015). More children will be diagnosed with autism this year than AIDS, diabetes, and cancer combined.

These statistics are proof that our current approach to healthcare is failing. Would y’all agree we’ve got no choice but to embrace a new model?!

Today, I take a different approach along with many others to optimize health and wellness. It’s a new way of thinking for many, but it’s actually an ancient practice that needs to be reconsidered.

Do you believe God has provided us with all we need? I’m not talking about in today’s world of toxic fertilized veggies, and meat from a cow that’s fed GMO corn. GMO stands for genetically modified organisms. Now, doesn’t that sound scrumptious? For years I thought that was clean food, but if you haven’t noticed lately, chronic disease is rising at an exponential rate! Can we get back to the basics of veggies without the fertilizers and meat without hormones? If you’re saying, “Oh, I can’t afford organic veggies and grass-fed beef,” then maybe we need to rethink our pantry. What do we stock up on that is downright harmful and unhealthy to our bodies that we could eliminate? For years, mine was stocked full of processed foods. Do we really think that stuff is healthy? Again, it’s easy, it’s delicious, it feeds our sweet tooth, AND that “comfort food” is just to die for! Look, I understand…I’m from Texas. I was a believer in that since the food industry sold it, it was good enough for me.

Have you ever stopped to think about how you feel after you eat sugar or fried foods? Do you develop symptoms such as brain fog, fatigue, or perhaps constipation? I don’t know about y’all, but I just want to curl up in a ball and go to sleep! Even though I’m sure most of y’all know, THAT’S not normal. Why would we want to consume foods that make us feel sluggish and unproductive? Simply eating unhealthy WILL affect your body and brain not only short-term, but long-term as well. There’s no way around it. We’ve got millions of people living with chronic diseases taking pills that are nothing but a Band-Aid. Where is the SOURCE…the root of the problem? There is a reason WHY the chronic disease started in the first place, and I’m a true believer that finding out the source is the answer. At the doctor’s office why are we saying “yes” to a pill so quickly, and why are we not given a list of foods first as cure?

I’m a true believer that FOOD IS MEDICINE! I now take my OCD and pour it into something that makes complete sense in nearly every country except for the U.S. The politics in the food industry is astounding and disturbing, but we as consumers have options. Thank God. We can simply acknowledge the paradigm shift from conventional medicine to unconventional medicine. We’ve been taught so much bullshit (excuse my language) over the years about what we are to eat on that food pyramid and what pill will help our chronic disease. When many people are unaware that the Food Pyramid as well as school lunch programs are paid for by the dairy and sugar industries. Talk about a conflict of interest! Additionally, doctors are paid from The Big Pharma according to how many pills are prescribed. Many people are completely unaware of this commonality. Why aren’t we looking at the root problem and fixing it with food, exercise and a whole host of healthy regimens? Because there’s no money in that. Healthcare is Sickcare. Without sick people, there is no money to be made. Clearly we’ve got to wake up and educate ourselves on what’s good for our bodies and minds. Who’s with me here?!

For those of you who are tired of being sick and tired, research the books, YouTube channels, and podcasts of the above named individuals and join this extraordinary, growing movement across the U.S. of A. We owe it to ourselves and our families!

LET'S STAND UP FOR CHANGE TOGETHER.