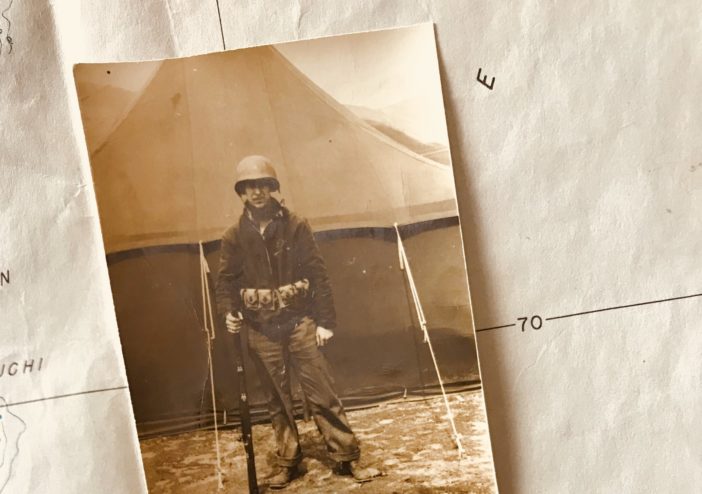 If you had to define “freedom,” what would that look like to you? We, as Americans, think of the men and women in uniform who’ve fought for our country. They’ve fought for years to give us the freedoms we have today. Didn’t happen overnight.

You might be thinkin’ of a family member or friend who’s served? Oh, the freedoms we have…freedom of speech, freedom to worship God in our own way, freedom from want and freedom from fear. Our rights are endless, and we should be ever so grateful. It’s a way of life around here. If ya get a chance to travel to other parts of the world and witness the hold that some “rulers” have on their people, it’s not good. It’s never good. Freedom wins every time.

When I think of freedom I think of lots of things, but one in particular. I think of my grandfather who was suppose to be called Pa-Pa, but I guess my brother, Jace, couldn’t say Pa-Pa, so he called him Pee-Paw and it stuck…kinda cute, I think. Anyway, my Pee-Paw was a quiet man. He really didn’t talk much, but when he did he slurred his words. I can faintly remember the times we got to visit him, because he just wasn’t home much. He was always kind to me. As a young girl, I can remember him always sittin’ in the same chair right inside the living room as you walked in the front door. I would look over at him with his eyes kinda watery. He would smile at me. He had a very warm and friendly smile. He would gently pick me up ‘n put me on his lap, and he always asked me how I was doing. Being the shy girl I was, I would just look up at him and smile. There was this sense of comfort. He made me feel special, even though it was just for a few seconds.

Did y’all ever see the movie Hacksaw Ridge? Two months after I saw that movie, I got to thinkin’ about my Pee-Paw. I knew he had served in the Navy in World War II, but I wasn’t quite sure where he was stationed. I remember Daddy had given me a bin of old pictures to store, and I went diggin’. I found an old road map of Okinawa Shima that was obviously Pee-Paw’s. I first noticed he’d penciled in the landin’ site Toguchi. As I scaled down the map, he had marked “Our Camp” which pointed directly to Kakazu Ridge. I immediately grabbed my phone and googled Kakazu Ridge. As I read an article, I found out Kakazu Ridge was Hacksaw Ridge…..and I began to cry. The thought of my Pee-Paw on that battlefield in a sea of bodies. It was considered one of the bloodiest battles in Okinawa. Historical records total over 100,000 Japanese soldiers and 50,000 American solders were killed in the battle from April to June in1945. No denying, my Pee-Paw was a hero, and he fought for the freedom we have today as Americans. Now I understand his silence.

Let’s come together and celebrate this Memorial Day as not only a day to aggressively thank our men and women in uniform, but to stand tall and be proud that we live in America. We should set our minds ’n hearts on what we have rather than what we don’t have. Be grateful that we can be free to be who we want to be. We have choices here in the U.S. of A.

To All the women and men in uniform who’ve served and who are still serving our country here and abroad, “Thank You for Your Service!” YOU are our heroes, and we will never forget the sacrifices you’ve made and continue to make for our country we love so dearly.